Most of you are getting used to the frequent CotD upgrades, but are probably curious about the progress we’re making. Time to update you on the matter! In earlier articles, we mentioned that we’re using SCRUM as a project management method. This means that the team defines a “Sprint” that contains a certain amount of work, and lasts for two or three weeks. Once the Sprint is over, a new version of the software is delivered that can be used for testing. The course of the project can also be adjusted to include new features or changes that we deem important.

Alright, so last week, Frank and Jildert have completed their development Sprint for CotD, delivering a build that does a LOT of what we want to have in the final game. Just to give you an overview;

* AI – It’s in. We can define our own behavior patterns using a simple tool in unity.
* Controls – Yep, keyboard and mouse is the primary control set. USB controllers will be added later.
* Quests – Aye! The same tool that allows us to define the AI also allows us to create the quests for the story line (as well as the side quests of course).
* Interaction – Yes sir! A very powerful tool developed by Jildert in earlier projects was altered so we can use is in CotD. All conversations can be linked to quests as well.
*  Console – Euh, yeah! This allows us to pull up a screen while playing the game, and start a new quest for instance. Very useful when play testing the game.
* Graphics – Err … not really. You’ve seen our item about us looking for 3D artists, right? Today is the final day for interviews, so we’ll have a new addition to the team soon!

That’s just an overview of what we’re doing on the development side of things. In the meantime, Timen and Pascal are working on the Teaser trailer, and today we’ve received word that we’re able to reveal our November surprise to you pretty soon as well!

Oh, here is a graphic from the trailer to keep you busy :) 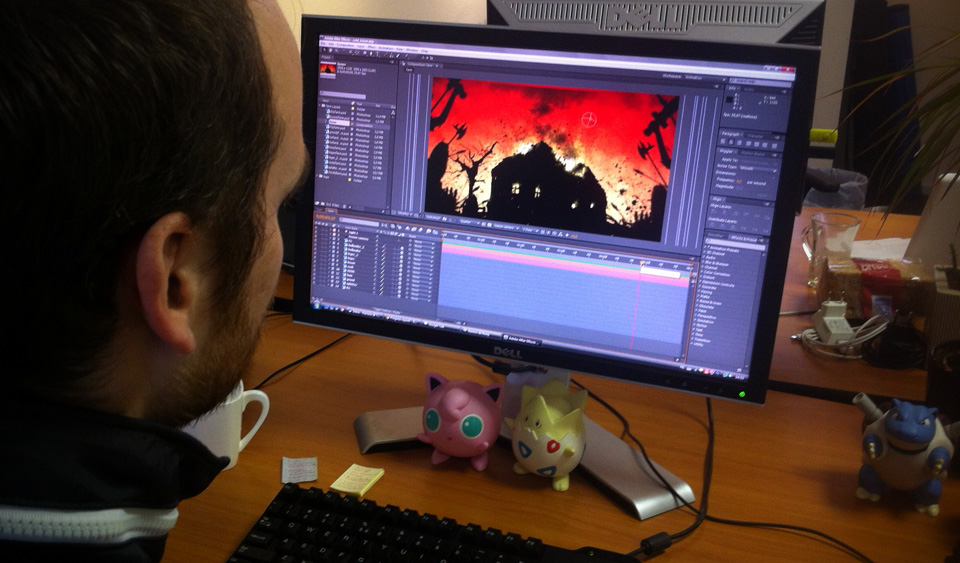 working on the CotD teaser