8:24am – Because we’re crazy about making games, and crazy about Cross of the Dutchman, we decided to dedicate our next Game Jam entirely to the project! Today, that day has come, and we will we hosting this liveblog where we post progress of the concepts the entire day. We do everything a bit different at Triangle, so the idea is that anybody can come up with a single-sheet design doc. Usually it’s just drawings but sometimes it has a description as well. Everybody also gets a vote and the two or three projects with the most support form teams and get cracking!

Since we’re dedicating the entire Game Jam to CotD, it means that we’ll have crazy ideas that probably won’t make it in the game, but also ideas that we would like to have in there but will be difficult to do with our own budgets. So, if you want to support our efforts and creativity, think about heading over to the Kickstarter page and back our project!

8:33am – As the guys start coming in to the office, it seems there are about four concepts on the wall, King of the Terp, Epic Battles at Sea, Everything but the Inn and Co-Op Multiplayer. Sounds pretty ambitious, but let’s see which projects get the most votes. 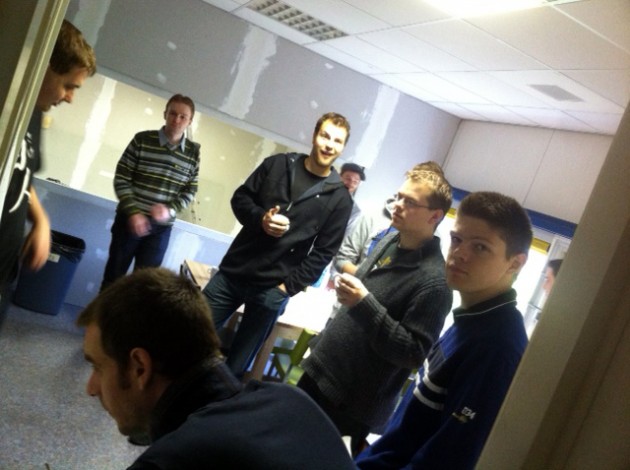 9:04am – The decision has been made! King of the Terp and Epic Battles at Sea have been chosen, and two teams are now meeting about how they are going to turn these ideas into the best possible additions to Cross of the Dutchman!

11:00am – Wow, the teams a re kicking ass! We’re seeing water movement already for the Epic Battle at Sea, and it seems that the King of the Terp crew are also trying to get some kind of multiplayer up and running in their project. Let’s see where this takes us! 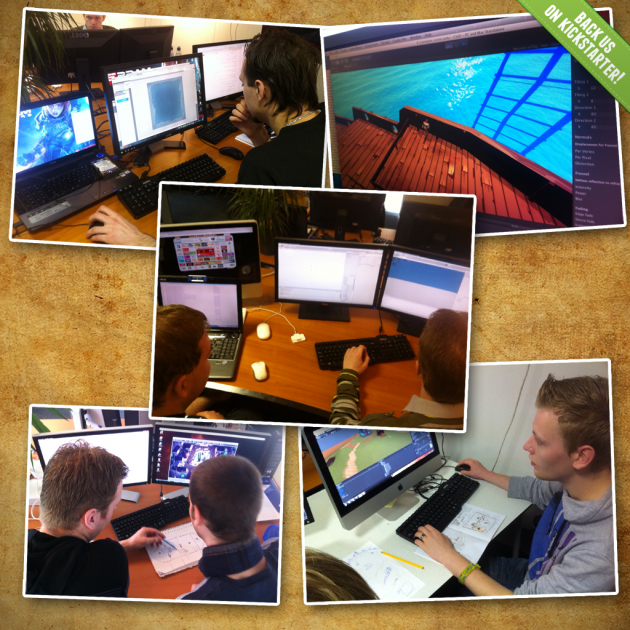 12:01pm – The big news of the moment is that our deep fryer has been turned on, and we will be having a variety of snacks in a matter of minutes. Oh we’re seeing a nice buch of waves for the Battles at Sea, video coming up :-)

12:38pm –  We’ve lost multiplayer, they gave it a shot, but it’s simply too much to get something up and running in a single day. More time to polish the King of the Terp gamemode though!

12:57pm – The good news is, we have a bit of multiplayer footage. It’s is as rough as those barfight videos on Youtube, but we’re uploading it right now!

1:40pm – I think we’re about ready for a second round of snacks!

1:42pm – Everybody is crazy busy, both projects are looking good, but there are a lot of “this will work if …” that could mess things up. Time to shoot some new videos! 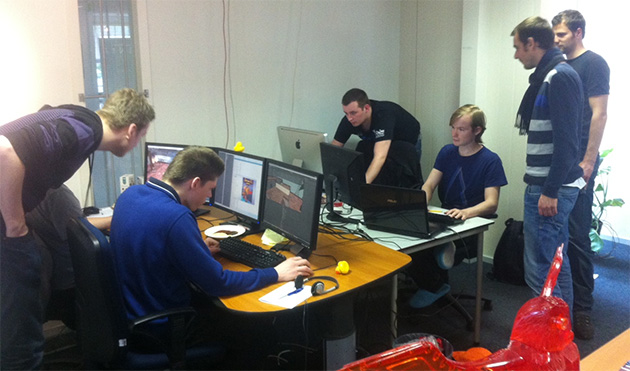 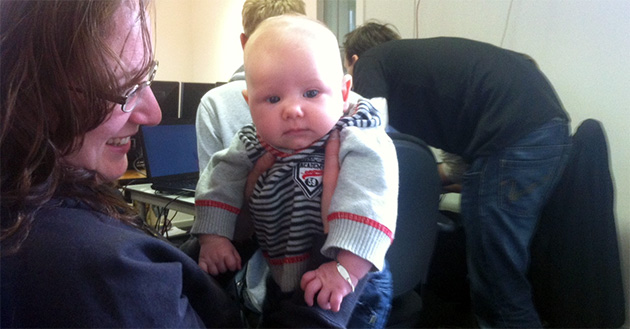 16:36pm – Everybody is getting nervous as the end of the day gets closer and closer. Both games are starting to shape up to a playable prototype.

19:04pm – The Game Jam is about to come to an end. We’ve had a great day with a lot of laughs (and snacks, way too many snacks), but now it’s time to enjoy the weekend. On Monday we’ll look back at what we’ve created, and prepare an update for you to enjoy!