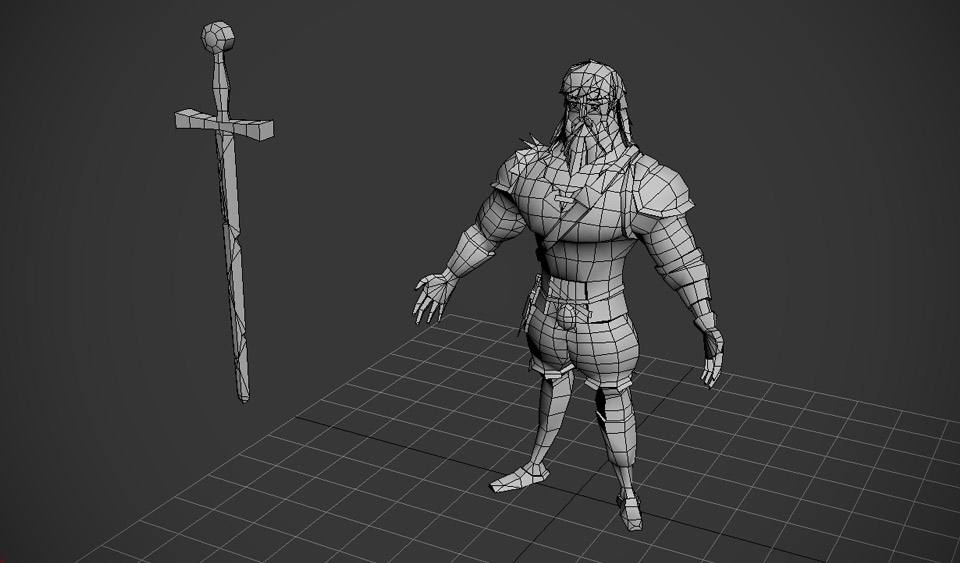 This weeks picture of week features the untextured 3D model of our protagonist Grutte Pier and his sword. Because Pier is the main subject, we awarded him with more polygons then the rest of the characters in order to get in as many details in as possible. Pier’s character will evolve during his quest, as many will know he starts as a farmer and ends as a warlord. The character above is definitly one of his later iterations.