CotD at Indigo’12: the report 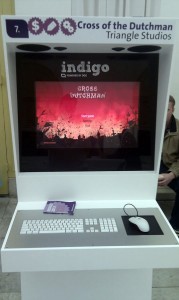 To crowded at the front? There’s a second screen at the back!

Monday again, and back at the office. We sure had a great time at Indigo this weekend. After a very early drive from Leeuwarden to Utrecht (alarm clock went off at 5 AM…) we had plenty of time to install our laptop, carrying the latest demo-build of Cross of the Dutchman, into the beautiful white arcade cabinet that would be our booth for the next couple of days. After a while, the other developers who would be presenting their latest creations started coming in. A great opportunity to greet old friends and to meet new ones!

After that the real crowd started to show up. The first day was mainly meant for press and people from the industry, so a lot of them that came to play had already heard about Cross of the Dutchman. When the evening started there was a small break so everybody got the chance to grab a bite to eat. So off into the beautiful city of Utrecht we went, and after a nice and healthy dinner we came back for the official opening of Indigo. After talking with people and letting them play some more the day was over around 10 PM. We didn’t feel like making the long drive back to Leeuwarden again, but we prepared for that so we arranged a place to crash at (thanks again for the bacon and eggs!).

The next day it was back to Indigo. On the second day it was free entrance for everybody so we expected a larger crowd. It’s always nice to be right, isn’t it? A lot of people came along who didn’t heard about Cross of the Dutchman before so we had to tell our story quite a few times. That didn’t matter of course, it only means we can tell more people about our game, which is always nice!

But what were we actually doing there? Showing our game to the public is of course the obvious answer (and very true), but there’s actually a little more to it.  As you may know last month we worked on a demo that’s set to be launched soon (no definite date yet) . A week prior to Indigo we had a couple of testers over at the studio in Leeuwarden to hear some feedback from people who stood further from the game. They gave us great feedback that we used to further tweak and polish the demo-build to prepare it to be played by the audience of Indigo. And playing it they did…

Things we noticed ranged from “everybody tries to kill the first innocent farmer they see on the Piers Farm level” (really not exaggerating , everybody!), to “that game-breaking collision bug in the Road to Arum level happens way to often. Could be important…” So there were minor and major issues, but nothing too problematic.

The most important thing is that presenting our demo at Indigo made us confident. Showing your product to a big audience for the first time is quite a scary event, but the reactions we received were generally so positive that we now have a good feeling about releasing the demo to everybody in the near future. Despite a few hard-needed tweaks here and there, we believe we have a good solid piece of game that you people will love playing. To be continued! 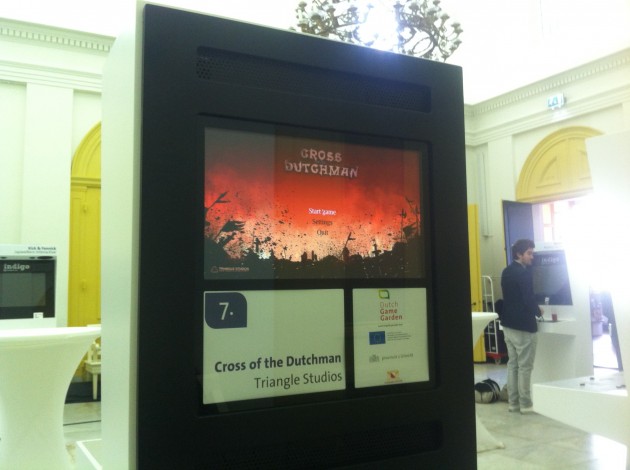 Front of the booth to crowded? Why don’t just watch the action at the back? 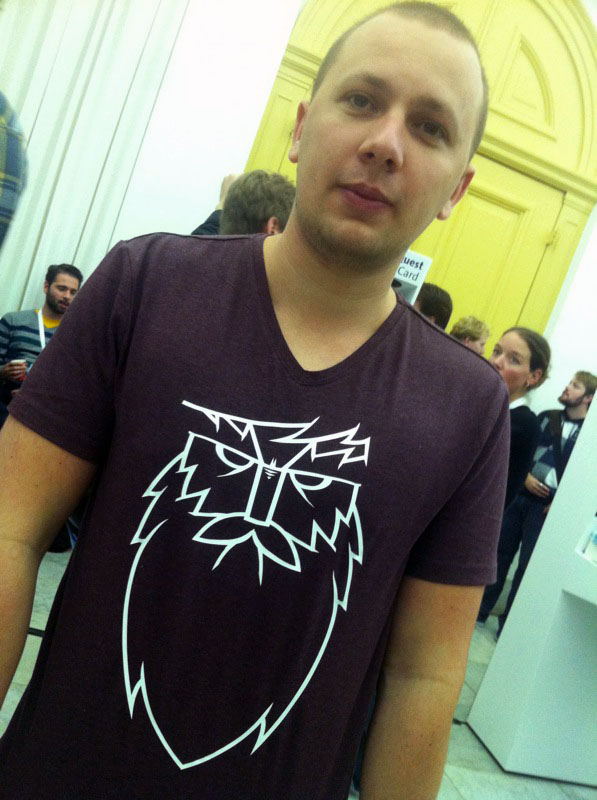 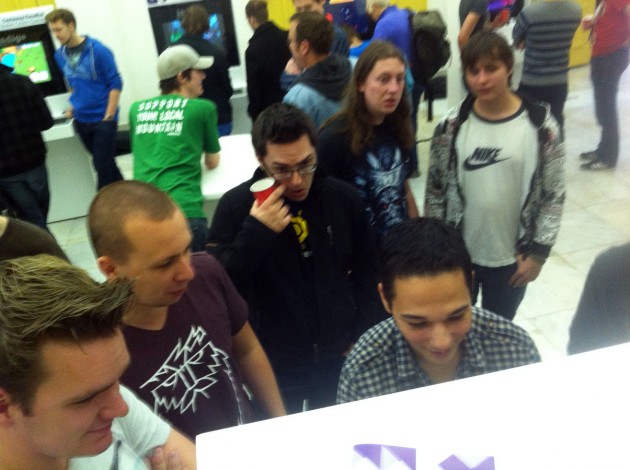