So, it’s been a bit quiet since our last update. Fortunately, it only means we’ve been quite busy behind the scenes. Actually, perhaps it’s best if you are the judge of that. In the past two months, the following has been done on the project.

We’ve also updated the website in the meantime and we hope you like the new look! As you can see we have more than enough material to keep writing updates. We’ll try to release information a bit more frequent from now on (cough). For now, we leave you with two completely unrelated bits of information. First; the mugshots we’re using for the dialogue in the game. Second, a shot of Jildert refining the new combat system. 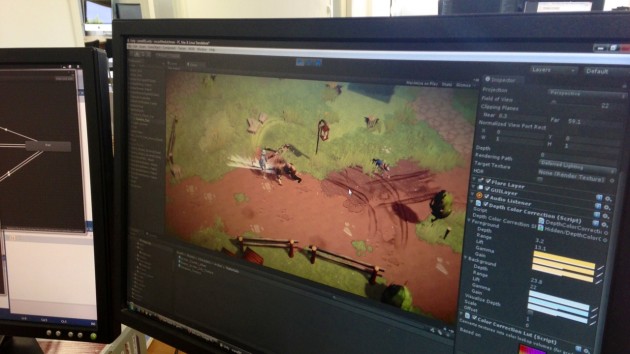