2012 in review: Kickstarters, novels and demos

First of all: happy new year from everyone here at Triangle Studios! 2013… A new year, with new possibilities and new opportunities, also for Cross of the Dutchman of course! But before taking a look forward, let’s review the last year and take a look at the things that we did in 2012.

Let’s start with a look at the website. The number of members more than doubled to a total of 131. In September I joined the studio with writing new articles for the blog as my primary task. This resulted in a more steady flow of articles and a higher average of articles per week.

The visitor number crossofthedutchman.com in 2012 (Graph by Google Analytics)

The first thing to notice in the graph are the two big spikes in visitor numbers. The first one is from January 24, the date we released the teaser trailer of Cross of the Dutchman. The second big spike is from May 2, the second day of our Kickstarter campaign. Over the year 2012 we’ve had 20.816 unique visitors, who generated over 114 thousand page views and spend a little over 3 minutes on average on our site. Over 38% of the visitors returned ate least once at some point during the year.

One of the important things that happened in 2012 was the Kickstarter campaign we did in May. Unfortunately we didn’t reach our goal, but it absolutely gave us a lot of media attention that helped us spread the word about Cross of the Dutchman. It also made us think really hard about how to continue the project, which led to new ideas to cover the cost of developing the game. More on that later.

First announced during the Kickstarter campaign, the novel finally launched in November. Starting with the Frisian version, which is now available for purchase. The announced Dutch and English versions however are a bit postponed. We have agreed with our publisher to release those once the game is ready. So rest assured, they’re not cancelled! The writing has even been finished, we just don’t have a date for them. Yet!

In September we announced a new sprint that worked to finishing a demo. This demo was finished early October. But maybe you wonder: “Why hasn’t it been released to the public yet? It’s been almost three months!” Well, releasing the demo to the public as soon as possible was actually our first idea, but that plan changed. You might remember Remco going to GDC Online in October to “do some important business stuff”. We weren’t kidding. That important business stuff was in fact Cross of the Dutchman! Armed with a laptop with the freshly made CotD demo he went to the conference to look for potential investors and let them play the demo. And they were interested! That was really good news for us, but it’s also the reason we haven’t been able to release the demo just yet. We want to give the interested parties the chance to check out the demo exclusively, allowing them to come up with a plan on how the game would fit their portfolio, and how they would be able to do proper marketing for it. 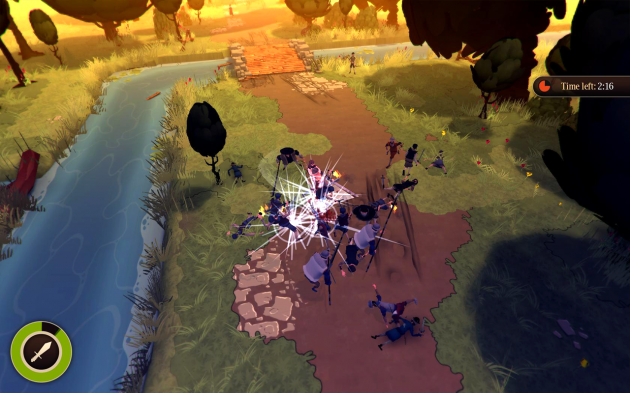 So, that was our 2012 in a nutshell! We hope we’ve clarified how things are standing, especially with the book and the game. Let’s hope that the new year will be the year that we can finally finish Cross of the Dutchman and release the story of Great Pier to the people.

5 Comments on “2012 in review: Kickstarters, novels and demos”