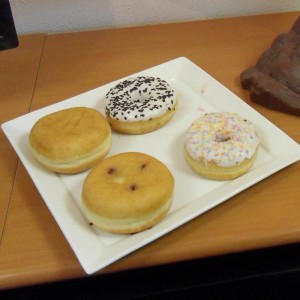 In this picture, most of them are already gone.

Today was an awesome day: we got to eat donuts! But it was also a sad day: it was because today we say goodbye to Gerard. He started about a year ago with his internship at Triangle Studios to work on the Cross of the Dutchman project.

Gerard worked mostly on Cross of the Dutchman. His tasks involved 3D modeling, designing levels, making animations and doing motion capturing. When he started working here it was meant to be an internship of half a year. He liked it so much however, that he decided to do his second internship at Triangle Studios as well. But all good things must come to an end.

Thanks for everything Gerard,
we had an awesome time! 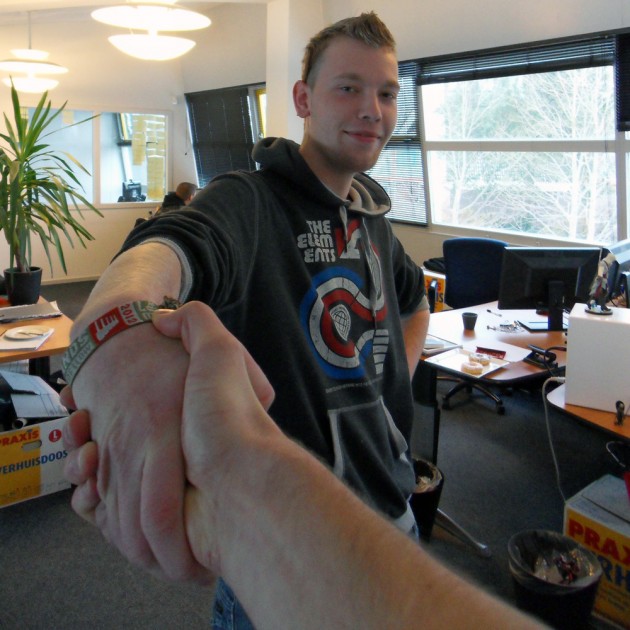 Thank you for everything Gerard! 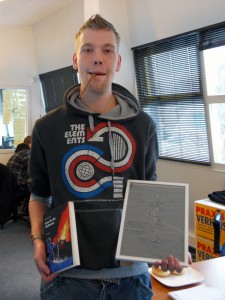 And here are some farewell gifts 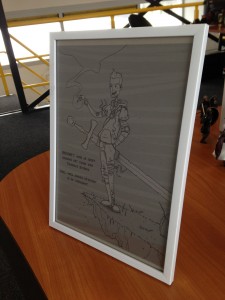 The resemblance is uncanny…

2 Comments on “Thank you, Gerard!”