An illustration from the book

The release of the Cross of the Dutchman novel is getting closer and closer, so it’s time to pay some more attention to it! In this post we’ll give you the very first preview of one of the illustrations you will find in the book. One again, our art director Pascal Brander did a great job in creating beautiful drawings. This first illustration is of a scene very early in the story. But a picture is worth a thousand words, so here it is: 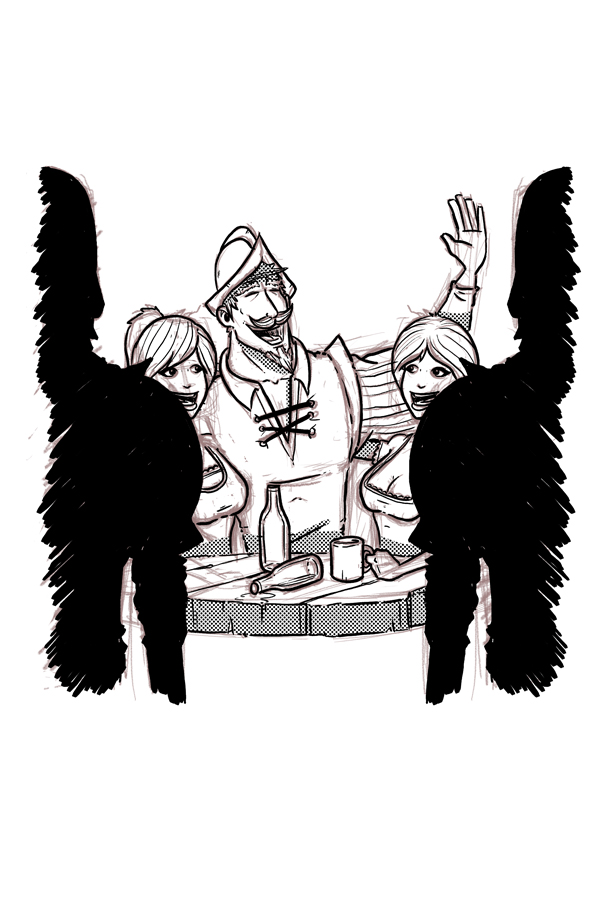 In this illustration we see a person you might not be that familiar with. His name is Wijerd Jelckama, often referred to as Great Wijerd, and he is Great Piers nephew. He’ll play an important role in the story, but we’ll talk about that more in the future.

We haven’t yet received an official release date from our publisher, so we don’t have the exact date for you yet. We expect to hear from them very soon though, so we’ll inform you as soon as possible!

15 Comments on “An illustration from the book”