Time for another introduction of one of the characters you will encounter in the game. Let’s take a look at one of the most common type of soldiers: the swordsman. Make no mistake, although these guys are far from being as big as Great Pier himself, they are with many and determined to stop you.

Note: Unlike the previous characters we’ve looked at, the swordsman has no means to keep his enemy at a (relative) distance. His only way to do some damage is to rush in and hack away. Because swordfighting is quite exhausting he’ll try to defeat his enemies as quickly as possible.

Also, since the swordsman can’t attack from a distance, why not use something to smash him with while he’s still running towards you?… 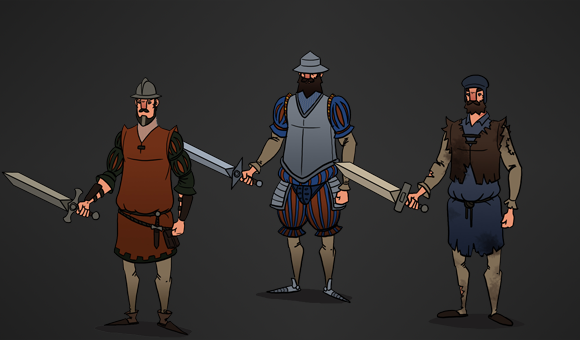