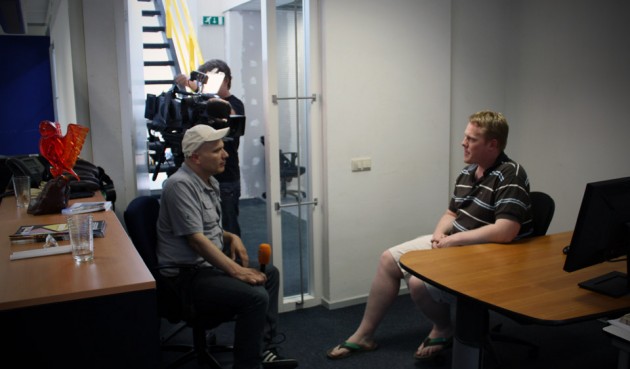 Apparently the sword of Grutte Pier will be moved from Leeuwarden to Rotterdam. The Frisian Museum which is the current owner will temporarily close down because of rehousing. They lent it to the Maritiem Museum Rotterdam, where it will be on display for an exhibition about pirates. They also borrowed Pier’s 6Kg helmet from the city of Sneek. This will be the first time since it’s existence that the dutchmen will posses the sword (And hopefully the last ;). This fact alone was reason enough for Dutch news television program Een Vandaag to make an item about it. After googling Pier’s history they of course also came across our game. Reason enough for them to also pay us a visit :)

The item will probably be aired tomorrow around 18:15 on NED 1.