Cross of the Dutchman will feature a wide range of characters and most of them have never been properly introduced. Some of them already made in appearance in the gameplay footage we released during the Kickstarter campaign. Time to give them all an individual introduction, and a good moment to start a new article series. We’ll start off with the character profile of the archer. 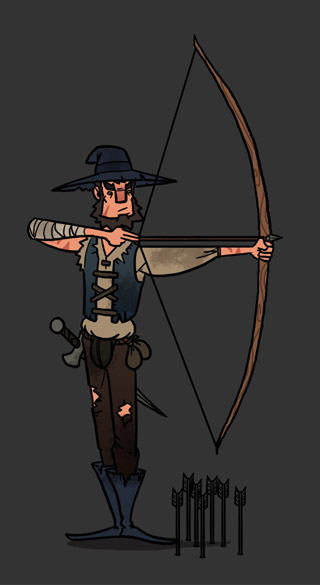