We’ve previously mentioned that we’re doing a lot of research on how people lived in and around the era of Grutte Pier. Same goes for the buildings, surrounds, details and maps of the villages and cities. Let’s talk about the village maps and what we use as a reference to create them in-game. First, we searched for old maps of Friesland, both online and offline. Apparently they didn’t bother drawing a lot of detailed maps at the time. So for some villages we had to use maps which are a little younger. We also found the atlas of Friesland to be a great resource. As it contains a lot of historical maps and information. 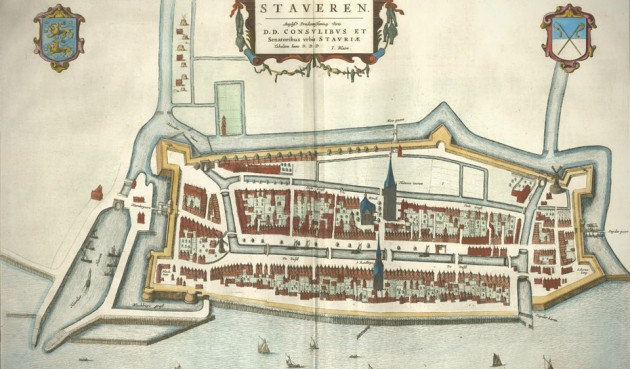 Our work method is as follows. Above you see a map of Stavoren (Notice they didn’t take the north into account). We chose to not copy the maps and buildings 1:1, we only use the basic layout as a reference to draw our own map. See an example of Grutte Pier birthplace Kimswerd below. In which we drew our own buildings, in order to keep the villages compact and clear. 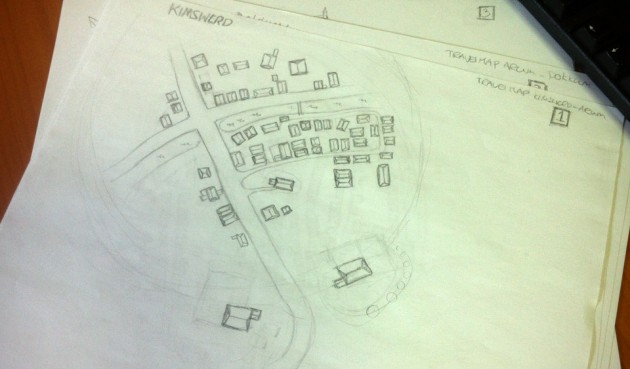 Our own concept map of Kimswerd

We then use that as our final reference in order to create the final in-game village. Below you can see a top-down Unity view of Kimswerd, created with the 3D assets which were mentioned in earlier posts. A lot of work needs to be done on the terrains, as the water is still missing for example. Check Kimswerd on Google Maps to see if you can see the similarities. 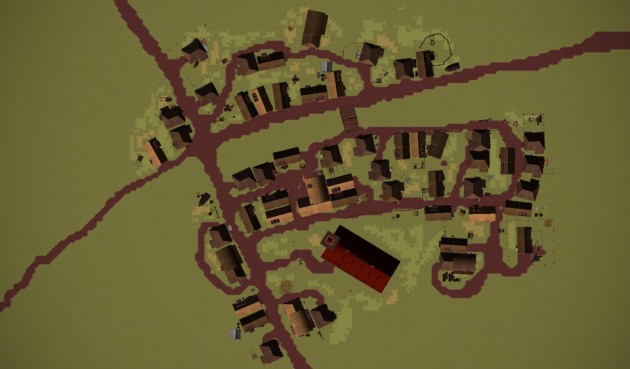