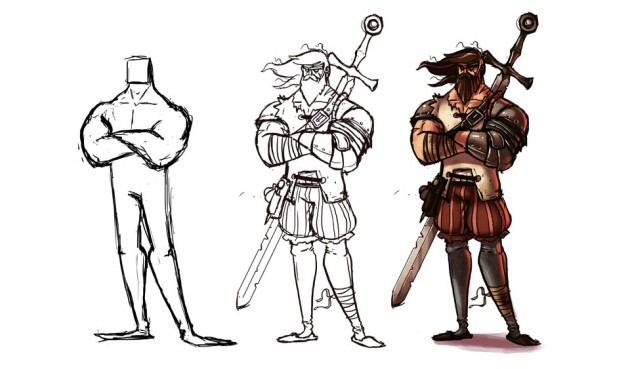 Fist, sketches are made to give an impression of the type of character. These sketches are discussed between the art director and producer to make sure they match the story and direction of the game. This phase takes a couple of hours to complete, depending on whether we’re working on a leading character or a villager NPC. 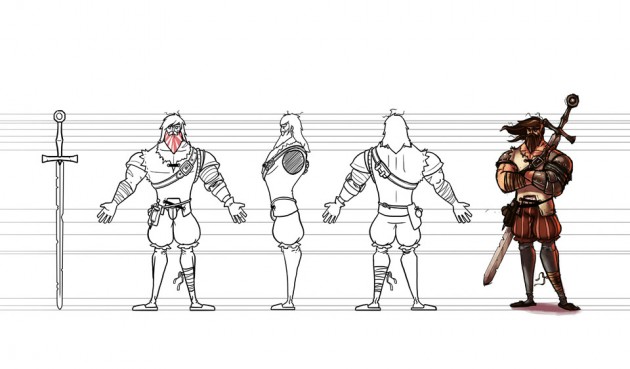 Once the design is approved, the character is drawn posed from different perspectives, as well as a colored version. This helps the 3D artist create the right proportions for each individual character. Creating these drawings takes about 2 hours to complete, and is done by the art director. 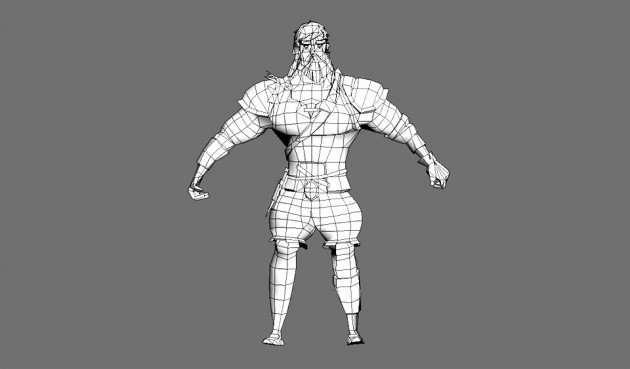 At this stage, the 3D Artist takes over, and starts building the 3D Mesh for the character. Each artists has his or her own techniques for creating a character, but it is really up to the complexity of the character that decides how long this process takes. It can be anywhere from a couple of hours to a full working day. 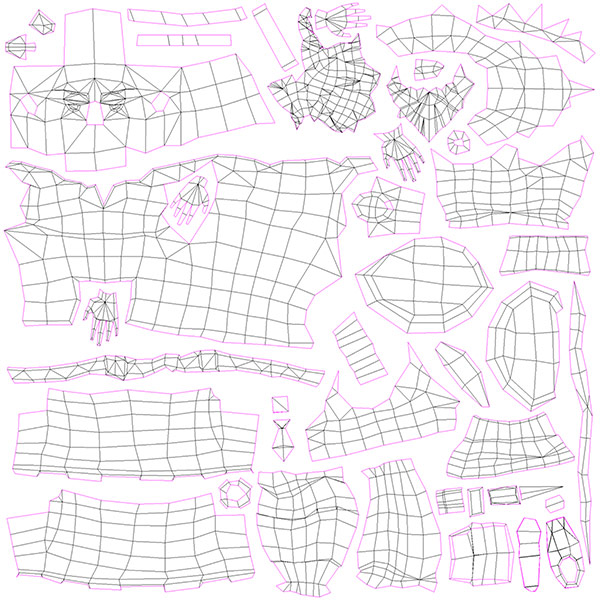 When the mesh has been completed, the process of unwrapping starts. This is a process where each part of a character is flattened onto a sheet. This may sound weird but it allows a 2D artist to start creating the textures for a character. One of the difficulties a 3D artists faces when unwrapping is that all assets need to fit within a square. Because texture sizes usually are increased by powers of 2, it means that textures can be created in steps of 256×256, 512×512 or 1024×1024 pixels (and lower or higher if required). We use high-res textures for characters, and lower resolution textures for less important objects such as scene props. 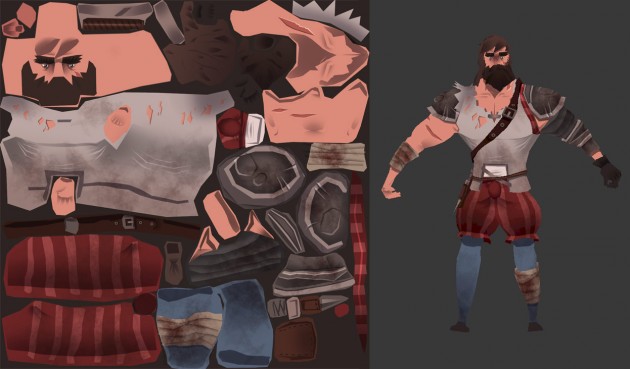 The 3D artist is done for a while, and it is now up to the 2D artist to create the textures using the square map (or UV Map). In Cross of the Dutchman, we add lighting detail to textures, because it allows us to generate a lot of detail that we would not be able to achieve when using conventional lighting methods. Also, at this stage it is possible to create normal maps or shaders that give depth or gloss to specific surfaces, yet within this project we do not rely on such techniques mainly because of the chosen artistic direction, but also because of the huge amount of additional work it generates. 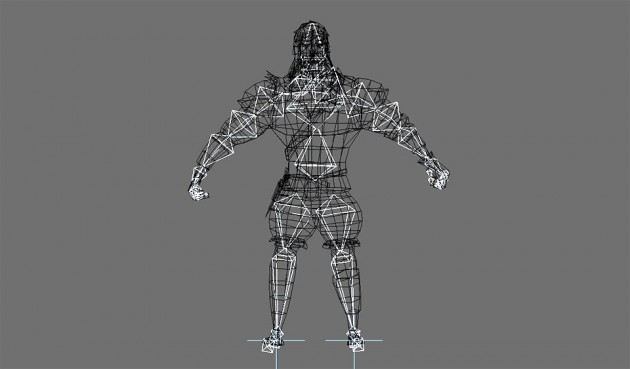 So, we have our model and texture, but we don’t see any movement just yet. This is where the assets are being handed over to the animator, who starts the process of “rigging” and animating the character. Rigging is a process where we give our 3D asset the means to move around. Really it means adding arms, legs, fingers and a backbone to allow the character to move. Animation itself is much like moving the bones in the character in a way similar to how a puppeteer would do it. There are different ways of animating 3D models, but for now we are sticking with “keyframe” animations. 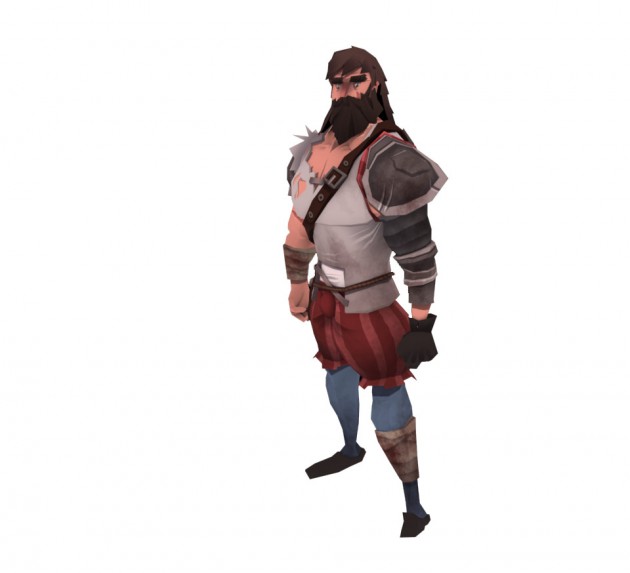 That’s it! Our character is done! I hope you liked this article, but do speak up if you want us to go more in-depth in any of these subjects!

5 Comments on “Creating a character”