Friesland: the land of Grutte Pier 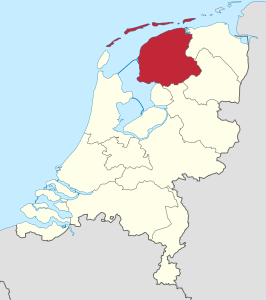 Today, I will write about Friesland (West Frisian: Fryslân). Most of you will know that our game Cross of the Dutchman is based on a true story. It’s based on the character “Grutte Pier” Gerlofs Donia who lived in this area around 1480 to 1520. He first fought for his own cause, but soon – when he started to fight against the oppressor of his fatherland, Friesland – his fight became relevant to all Frisians.

I know we have a lot of readers from this area who will know exactly what Friesland is all about. But there might be an equal amount who don’t have a clue where or what this Friesland is. So let me try to explain this in a short summary.

Friesland nowadays is a province of the Netherlands and has it’s own language West Frisian, which is the second official language of the Netherlands. The capital of the province is Leeuwarden. This is where our HQ is and where most of our team members live. People from Friesland are called Frisians and they are known to be patriotic and stubborn. 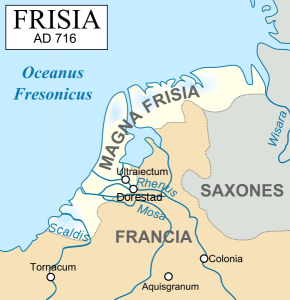 Friesland shoudn’t be mistaken for the region Frisia. (Something we might have done ourselves in some articles, won’t happen again.) In the early ages Friesland was part of the kingdom of Frisia. An area which spread along the north sea coast: from the Netherlands and Germany all the way into Denmark. Powershifts and floods divided Frisia, and Friesland became its own area. It was known as a free area during the middle ages. The 15th century ended the freedom of the Frisians and during this time our hero Grutte Pier stood up to fight for freedom.

Although Friesland is part of the Netherlands since 1795, you still sometimes hear voices for an independent and separate Friesland. In future articles we will zoom in on the area itself. Hope you guys now have a better understanding of what Friesland is.

One Comment on “Friesland: the land of Grutte Pier”