Developing a video game is a tremendous effort for a team. You have programmers, designers, artists, testers and managers all collaborating on a single project. During these often long development cycles, it is possible to lose track of what your goals are, and for us that is creating a kick-ass videogame. Sure, you can always have something that installs, looks good and people will like it for what it is. But in order for the players to LOVE the game, we need the gameplay itself to be the best it can be. We knew this when we started the development of CotD, and set out to create a system that allows us to start designing the missions for the game at a very early stage.

For all things related to missions and gameplay in CotD, we’ve used a Unity plug-in called Behave. This neat little plug-in allows us to build what is called ‘Behavior Trees‘ for AI and Missions or Quests. The developers have spent the previous sprint working with Behave, and coming up with our own interpretation of this system where designers can create a new Quest without any help (or interference) from a programmer. This means that the designers can now start implementing the storyline of the game, and its many quests at high speed! 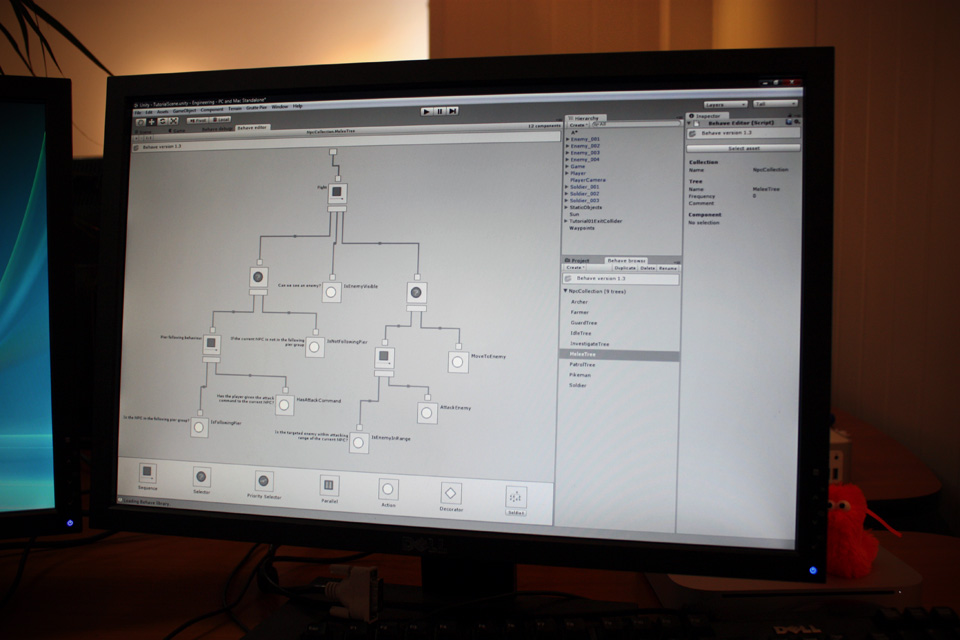 Another benefit of being able to design the game play at an early stage of the development cycle, is the ability to start play testing. This aspect of game development is easily overlooked, but it is of the utmost importance to have people play your game as soon as you have something to show for, to make sure it is actually fun to play! What does that mean for CotD? Well, over the next couple of weeks, we will be working on the first chapters in the story, and as soon as we’re happy with that we see, we will start inviting people over to the office to start testing the game!

6 Comments on “Creating the Gameplay”