A new week, a new update! A lot has been going on the past few weeks. Not only have we launched this community website, but we also have been preparing for the next stage in the development of CotD. Erik, our senior developer took a late summer holiday, giving the rest of the the team time to finish their other running projects. Now that everyone is back in the office, we’re are able to make a fresh start with the project! (Welcome back Erik!)

Meanwhile, we’ve worked hard on updating the game design document. It took quite a lot of meetings to iron out the last rough edges that were still in it. We tried to cut out as much of the obscure and controversial parts, and really focussed on the the fun and challenging parts. As it turned out, it really helped to clear everyone’s perspective on the game, and made us focus even more on what is truly important; creating a fun game! Parallel to the designers working on the GDD, the programmers (Frank & Jildert) worked on finalizing the technical design document. In the meantime, Pascal is preparing all game art assets and doing the bulk of the concept work so that 3D artists and animators can get started on building the assets for the game. 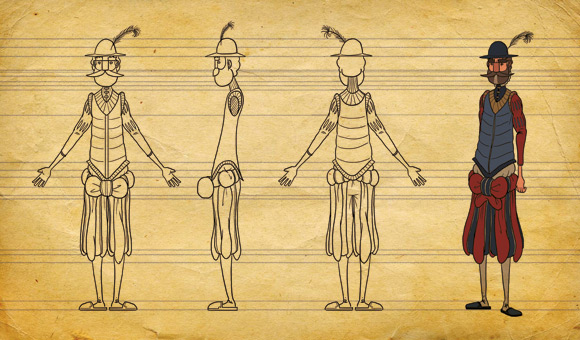 Today, we started with a team meeting to go through all the details one more time. Just to make sure everybody is on the same page before the next stretch of development. Once everybody had their heads wrapped around the task at hand, we worked out all the user stories. Working with user stories is part of a project management technique called Scrum. Out of these user stories we will define the specific tasks (tickets) which together form the first sprint. So big steps for the project starting tomorrow! Hurray!