Just this weekend, a topic was created about this very subject. I won’t deny that it gave me a reason to push this item to be written, but it was also something I was looking forward to blogging about.

In the legend of Grutte Pier, there are a couple of important battles that are fought at the open sea or Zuiderzee at that time. Pier is famous for one particular battle, where he was able to capture 28 Dutch ships, earning him the name “Cross of the Dutchman” or Grave of the Dutchman.  This battle destroyed what was left of Pier’s “good” reputation with the Dutch, and was at the same time the most important reason for Pier being named a Pirate instead of a Hero of the people. 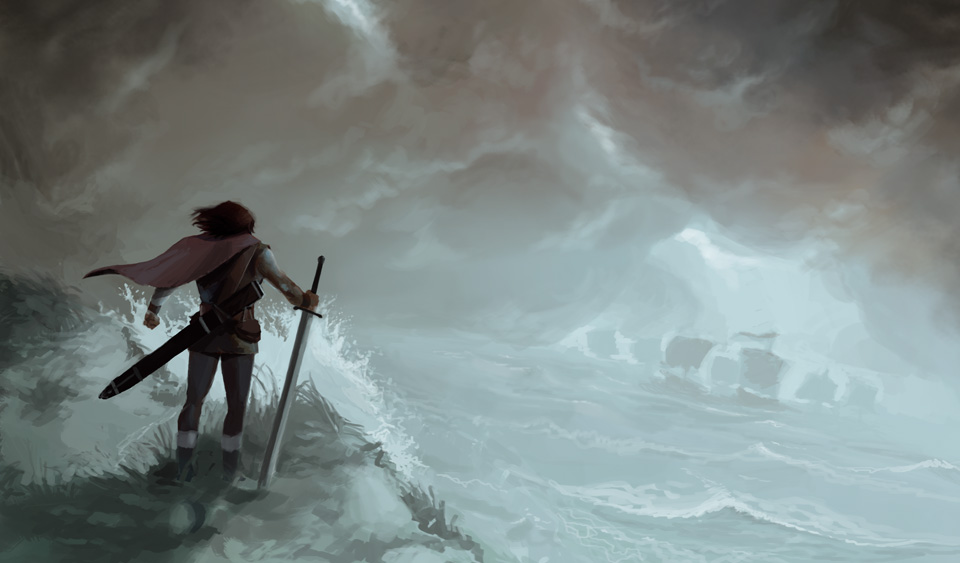 When we started working on the concept for CotD, we knew the battles at sea should be portrayed in a way that would be similar to the way the battles supposedly had taken place. Since Pier and his men were but simple farmers, and not experienced sailors by any means, it could not have been about glorious galleons soaring over the waters out maneuvering their opponents. It would have been incredibly simple, and much likely excessively brutal. Our image of Piers battles at sea is: simple and basic fishing boats, carrying between 15 and 30 men at once, steering their ships right into the flanks of their opponents, boarding the vessel and fighting the opponents. Within a matter of minutes a battle would have been decided, and the boarded vessel was either added to the fleet, or sunk to the bottom of the sea in case of severe damages.

It is likely that the Dutch and Burgundian vessels were way more advanced. After capture, Pier and his men would have used the same vessels against their former owners, and thus creating a fleet of warships after just a few battles at sea. 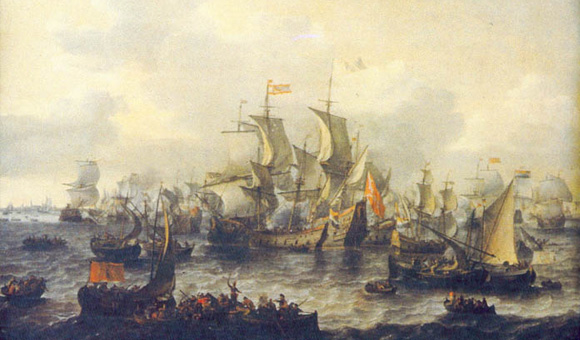 So, how would we go about creating gameplay around a battle like this? It is still something that challenges us, and we’re looking forward to the first gameplay prototype to either prove or disprove our visions. We think that the battles at see would be the moments from entering the enemy vessel, until the enemy has been defeated. Each ship will require a different approach, and depending on the size of the ship and the skills of its crew, the difficulty will increase. In-between battles, we plan to display the fleet sailing the Zuider zee, but we do not envision the sea to be an open-ended world that has to be discovered and swept clean of enemies. Piers’ battles at sea are very important for the story, and therefore we want to make them as impressive as possible.

4 Comments on “Naval battles in CotD”