Creating a comprehensive game world is the most important aspect of a videogame like CotD. The objective voor Triangle Studios is not only to create a world that is nice to look at, but resembles the medieval Frisian countryside to an accuracy where flora, fauna and architecture are similar to what would have been there 600 years ago. When we started on the design of Arum, we actually choose this village because it would be the most typical of all Frisian countrysides. 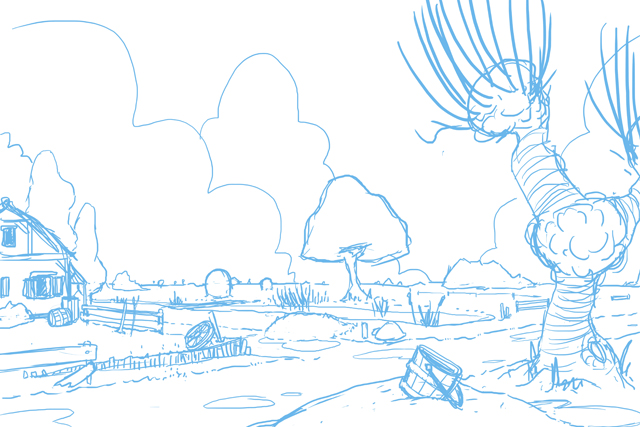 What we noticed when the first sketches were creates, is that even though the Frisian countryside looks good in real life, we would definitely have to add something special to give it a really ‘magical’ feeling. This is where we came up with the idea to exaggerate the Frisian weather conditions in the environments in the game. We would have to figure out what the main ‘theme’ would be for one area, and chose a weather condition that would fit that environment in the best way. Because Arum is actually the starting point of our hero’s quest, we wanted the environment to be tranquil, and bathing in sunlight. Because the Netherlands is basically below sea level, the countryside would flood very often, making Frisia very humid on a warm day. This is something that we definitely wanted to use, adding a haze and a bloom effect to the colored image to show how Arum would look like on a summer day. 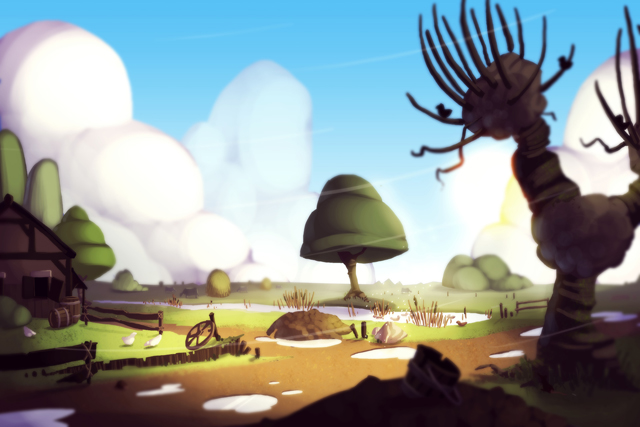 Designing Arum: The countryside on a summer day.

In Cotd’s story, the village of Arum plays a pivotal role. It’s the place where Pier meets his newphew Wyerd, is faced with his first challenges, and actually decides to go on the main quest of the game. We wanted to use Arum as an environment to show how the game should be able to change appearance, while still being consistent in style with the rest of the game and it’s characters. The two areas we choose to create were the Bridge and the Inn. But don’t worry, we won’t spoil everything about what goes on at these places. 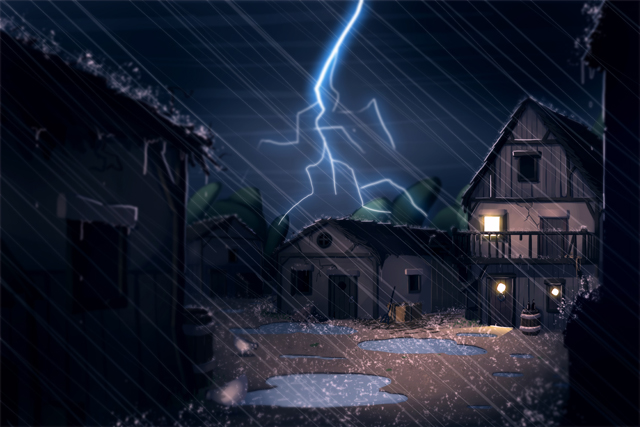 Designing Arum: A storm rages in the village.