Why Cross of the Dutchman?

Many of you are probably wondering, why build a game about a character (almost) nobody has heard about before? It’s true that Grutte Pier Donia is mainly a character out of Frisian Folklore, but we feel that the image that Pier represents, is one that is recognized by many cultures. It is about the struggle for your own identity. You could even say that all people encounter a similar situation at least once in their lives. The main reason for us picking the story of Pier and his legend for our next project is actually less philosophical than that. Many of the developers who work at Triangle Studios are from the providence of Friesland, and familiar with the legend. It is told on pre-schools during history classes where teachers tell their students about Piers’ impressive feats like being able to lift an adult horse, defeating five enemies with one blow and his famous battle cry “”Bûter, Brea en Griene Tsiis, wa’t dat net sizze kin is gjin oprjochte Fries” (which translates to: Butter, Bread and Green cheese. If you can’t pronounce this, you are not a real Frisian). 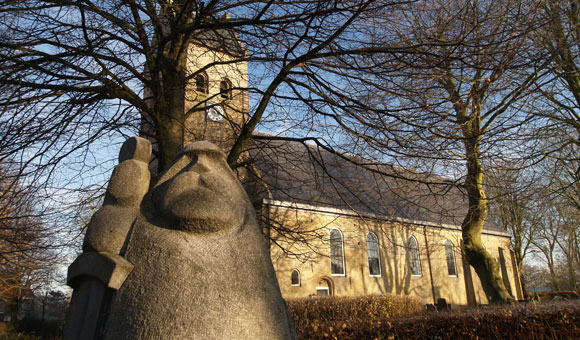 The Grutte Pier statue in front of the church in Kimswert

But what brought us to use the story of a legend in the first place? Well, at Triangle Studios we have fun working on many different kinds of projects, but we always loved working on our own projects the most! In the past, we’ve worked on games like Heron: Steam Machine and WINtA, and even though those games were very fun to make, they did not put Triangle Studios on the map as the game developer we felt we are. This idea drove us to create a game concept that would define us. Our Halo, our Mario Brothers, our Uncharted, the game we would pick next would be our statement to the world and it would show exactly what we think is important in video games. 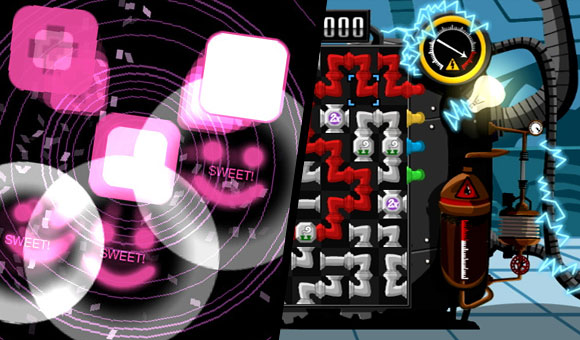 This is where, back in 2008, the idea spawned to work on a game with Grutte Pier as a main character. It would be perfect for us! A game about a Frisian hero, built by Frisian developers! A lot has happened since 2008, we generated a lot of attention by announcing the development of the game, and we earned the support of the local government who are supporting the project financially. This is when we knew we were on the right track. The concept started out with wild ideas, ideas much bigger and more complex than anything the company could handle. It took us almost two years to figure out what the game should be about and what kind of game it would be. Our objective however has never changed: This project will define us as a developer.